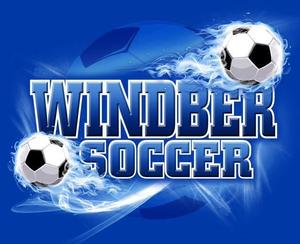 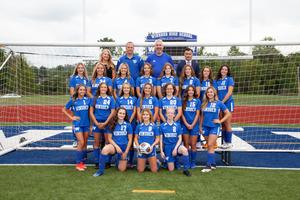 First, Windber went to battle their rival Conemaugh Township on Wednesday, and ended the game with a big win, 4-1.

The rivals battled hard on both sides of the ball, but the Lady Ramblers ended the half leading 3-0. Coming back into the second half, the Indians scored to make the score 3-1.

However, the Lady Ramblers did not give up and continued to battle until Windber scored again and ended the game with the 4-1 win.

The Windber Lady Ramblers then went on to face another tough opponent on Thursday when the Berlin Lady Mountaineers came to Windber Stadium with a WestPac title on the line.

The Lady Mountaineers put up a good fight in the previous game against Windber. The Lady Ramblers came into the game knowing that the WestPac gold was on the line.

With a free kick taken by Junior Rylee Ott, the ball slipped through the Mountaineers’ goalkeeper's hands, and Sophomore Mariah Andrews secured it in the net to give Windber an early 1-0 lead.

The Lady Ramblers defense was very strong and held the Mountaineers in their own half of the field. The midfielders battled hard to outpossess and set up plays to provide opportunities for more shots on goal.

Later in the game, Ott took a shot and nailed it into the net to set the score at the end of the first half at 2-0. The second half was scoreless, and the Lady Ramblers had yet another win.

The Windber Lady Ramblers claimed gold for the WestPac with the victory and improved their record to 9-1, including being undefeated in their conference, and claiming first place in their conference. They will continue their regular season when they go on the road to play Cambria Heights on Monday evening.