The National Spanish Honor Society (La Sociedad Honoraria Hispanica) at Windber High School aims to stimulate interest in the study of Spanish, to promote high standards of scholarship, to reward scholastic achievements, to create enthusiasm for and an understanding of Hispanic culture civilization, to promote and perpetuate international friendship, and to reward efforts toward furthering solidarity in the Spanish speaking world.
Eligible students will be inducted upon enrollment in Spanish IV. For eligibility, students must have a grade of 93% or higher. In addition to fulfilling all requirements for membership in the National Spanish Honor Society, seniors who wish to wear honor cords at the WASD Senior Honors Night and the WASD Graduation Ceremony must be enrolled in Spanish IV during their senior year or have completed Spanish IV.

At the time of induction, the initiate’s one-time dues will include membership in the National Spanish Honor Society of the American Association of Teachers of Spanish. Students will receive NSHS certificates. Graduating seniors who have completed requirements to maintain membership in NSHS may wear the official NSHS honor cords at the WASD Senior Honors Night and the graduation ceremony.
Meetings will be held periodically on Thursdays unless a special meeting is called. 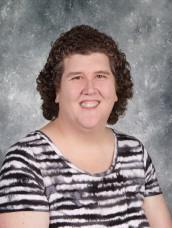