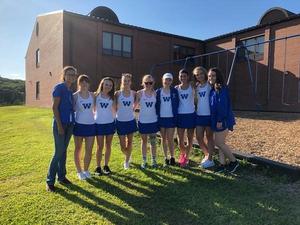 Senior Riley Hanley competed first singles, and won both sets (6-3) (6-4). She had some great serves and had a great match.

Senior Baylee Wojcik played third singles, and she won both sets (6-1) (6-1). She had great returns throughout the match.

Junior Clair Telfer and Sophomore Jacklyn Bloom played second doubles, and they also lost both sets, (0-6) (0-6), which set the match score at 3-2.

The Lady Ramblers next match is on Tuesday, September 10th, at 4:00pm against the Derry. The match is at the Windber Elementary School courts.