The Jr. Boys Basketball Team Dominates Against Rockwood at Home 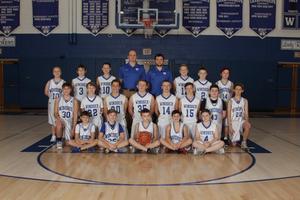 The Ramblers never gave up their early lead from the first quarter and were able to beat the Rockets in a wire-to-wire win. Windber used a full-court press for most of the game to get multiple steals that they were able to turn into fastbreak layups.

Two of the top scorers for the Ramblers were John Shuster and Blake Klosky both with a 13 point showing.

The Ramblers improved to 3-1 on season, and will host Shanksville at the Elementary Gym on Friday at 4:30.